When building or designing software, I love to draw diagrams. I find the old adage “a picture is worth one thousand words” to be spot on.

I also find that the diagrams are the most useful when they are right next to the source code. Having to drudge though a wiki or search though a separate documents folder to find the diagram that refers to the code I am looking at seems like a waste of time.

My go to application for doing diagrams for a long time was OmniGraffle. Omnigraffle is a beautiful application, but keeping a Mac only, (seemingly) binary format in the source code seemed silly. I still use an old copy of OmniGraffle for big system “10,000 feet level” type diagrams, but for specific, smaller class level diagrams I needed something better.

I decided to find a format that I could keep right in the readme file if I wanted. Straight ASCII fit the bill, and few years ago I discovered and started using Emacs artist-mode - I’ve been hooked ever since.

Here’s a movie of how it works:

(To get the middle click to work on Mac, I had to use MagicPrefs)

Here is an example of some basic classes and basic relationships in ASCII: 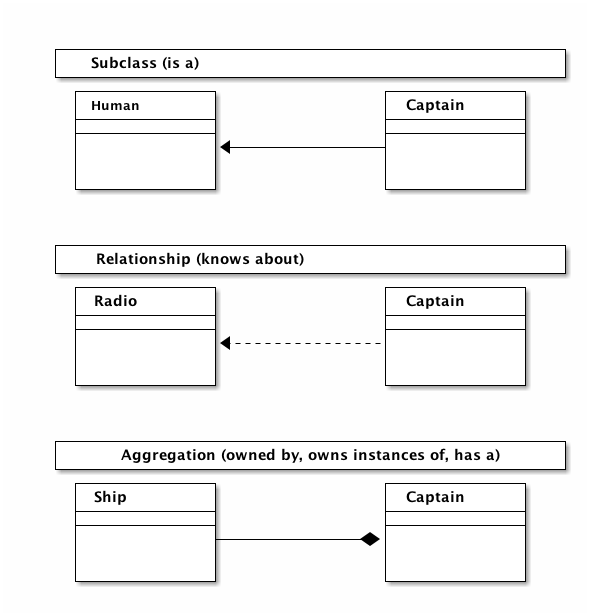