A few years ago when the iPad first came out, I didn’t like it at all. And to be fair, compared to OSX there wasn’t much you could do with it. At the time you could watch movies and well… that was about it.

I cursed the thing with all my might for not being OSX, and I swore I would never own one.

Well, of course, I now have one. I’ve only had it for several months (its an iPad2), and I have to say it’s an incredibly capable device now. I can run my entire company from the device, manage servers, and even do emergency coding. If i didn’t need an IDE and compiler, I really believe I could only use an iPad and do everything I need to do.

Here are some of the - quite amazing to me - things I do on my iPad now. 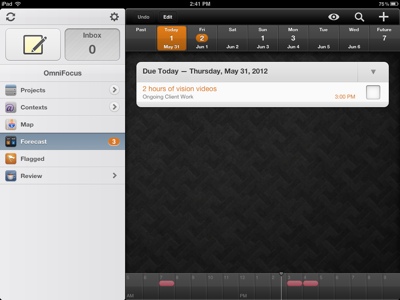 I manage all of my personal tasks and projects on my iPad (+iPhone). I realized one day that there really is no point in having a desktop application version of my todo lists as I always have my phone or iPad about. I use the iPad to plan and manage most of the list, and the iPhone for mostly read access. 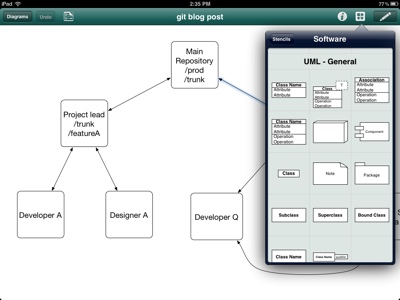 This was another process that I am very happy moving off the laptop, and on to the iPad. There is a nice mental shift when you walk away from the keyboard and then start putting things together. And if I need to review or update a model, it’s already on its own screen. 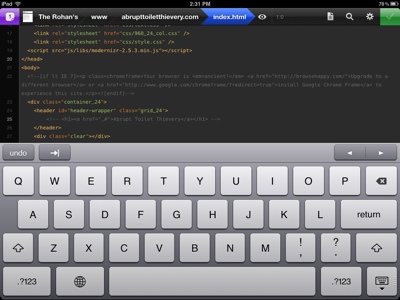 This is a new addition to the iPad for me. Diet Coda let’s you edit files using FTP over SSH. Now, while this is not a good way to do software development in general, you can edit shell scripts and make emergency edits on the go. You know you shouldn’t do these things - the build process should always work correctly - but you also know, sometimes, you just have to. 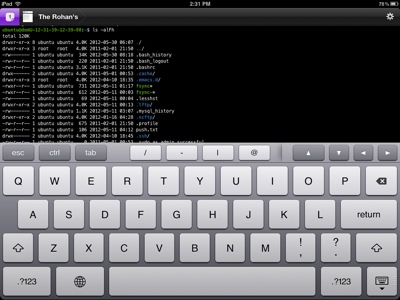 Along the same lines, and arguably way more useful, raw ssh access. Do anything you want, from emacs to rebooting the server to rm -rf /. This is really nice when you are on the road and need to fix something. Using a phone is really a PITA, and lugging a laptop around when you are on holiday is just as bad.

I used to use iSSH for this but now I just use Diet Coda. 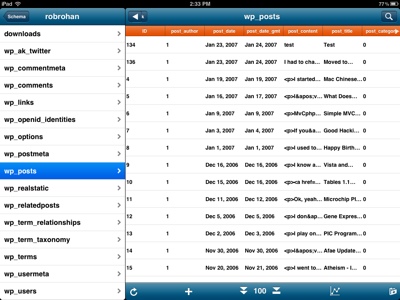 Sure you can run mysql from the shell, but doing a select * with soft wrap can drive you nuts. And why bother? You can actually connect to MySQL databases using a proper client. 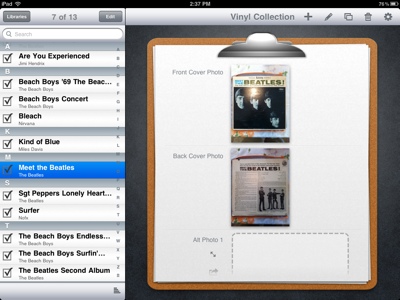 A bit of an odd man out here, but I mostly use this for my records and camping gear. The camera and the portability on the iPad makes it useful for me to do this sort of thing instead of with a laptop. 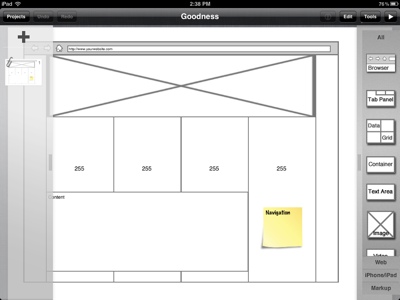 Along the same lines as the UML diagrams, it’s nice to be able to move away from the computer and just focus on how something should work. And when it gets to be time to implement the wireframes, I can sit down to work at the laptop and the wireframes are already on a dedicated screen. 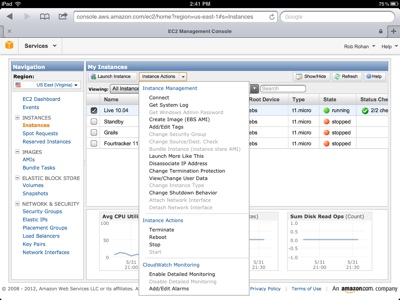 Another boon for the unshackled tetchy who needs to manipulate servers. This is just a web application, but since it does work on the iPad (and I use it all the time) I thought I’d mention it. 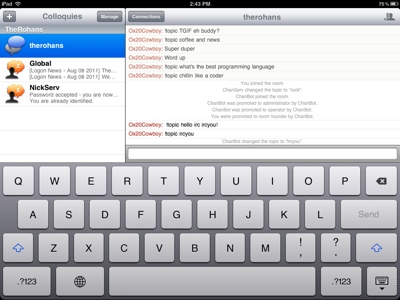 Classic eh? If you don’t know what IRC is, it doesn’t matter, but if you do it’s pretty funny that IRC has survived all the way to the iPad. It’s a nice app too.

There are a couple other applications that I love on the iPad, but I didn’t feel comfortable doing screen shots. They are Xero and Trello. Xero is an amazing finance application, and Trello is an amazing group collaboration tool. We use both of those apps at The Rohans, and I mostly access them with the iPad now.

If I am not doing sit-down actual coding, I find myself using the iPad 90% of the time now. I am surprised at the shift myself.

If you would have told me I would be writing this post a year ago, I would have called you some funny names. I am generally pretty good about feeling out tech trends, but I have to say - I was absolutely wrong about the iPad.