I found some stickers on ebay that let you turn a normal keyboard into a Chinese keyboard. My intention was to learn the Wubi layout, but as it turns out these stickers are for a traditional character input. While they make my laptop look totally pimped out, I don’t think they are useful to someone learning Mandarin / simplified.

My teacher says the pīnyīn system is usually the best input system for English beginners anyway.

If you are learning Mandarin / simplified, the stickers will not really help you, but it does make your laptop look really cool. The stickers are only a couple dollars so if you are into putting stickers on your laptop, they are worth a look. Here are some tips for putting them on. 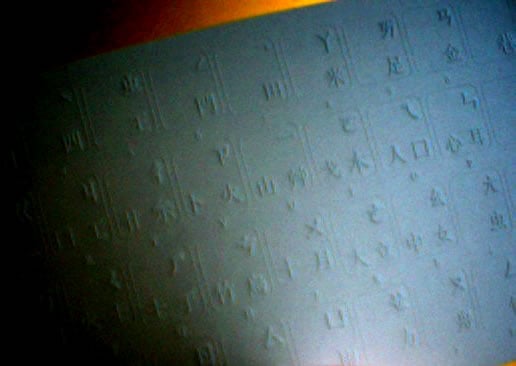 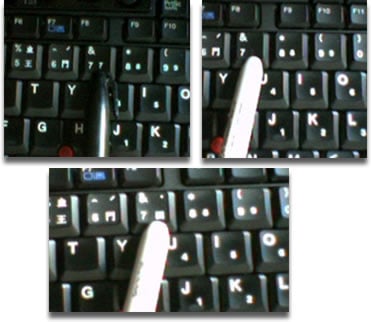 That’s it. It was easy. When it’s all done this is what it looks like: 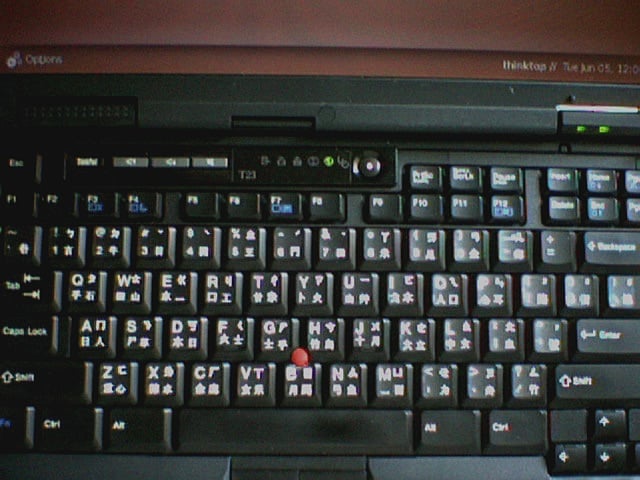 Unfortunately, It’s not useful for me, but it looks neat ^_^.